It is very hard to claim that the 3M company developed polyurethane plastics, however they have to be credited with the specific refinements that have brought this useful aerospace plastic technology to the automotive world. 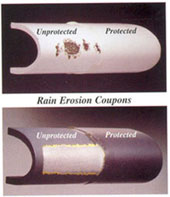 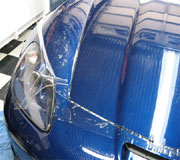 This 3M film is a result of collaboration with 3M's aerospace division and Clear Mask to create a paint protection version of the thicker LightGard film. This product is truly the quality leader in the industry. Featuring superior installation flexibility, optical clarity and flatness, non yellowing and a 3M removable adhesive system that indures speeds up to 500 miles per hour.

This 3M first generation film from 3M's automotive division is offered by ClearMask only as door edge guard material. 3M specifically recommends ScotchGard film be professionally installed and therefore not a suitable candidate for self installation.